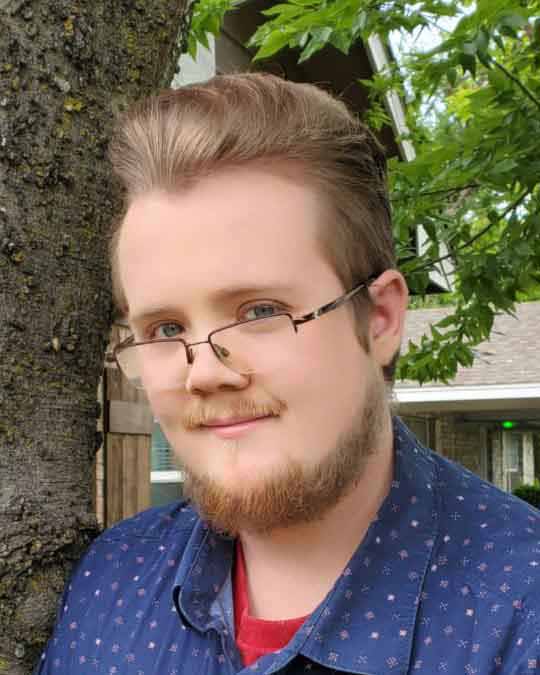 A Texas kid with a wild imagination and a love for all things fantasy, Elias has always been a bit out of touch with reality. He always harbored a fascination with the dark, fantastical worlds created by many fiction authors, but it was dragons and the worlds they inhabited that dominated his imagination. As Elias grew older, it was no longer enough to experience the worlds created by others. He needed to create his own. So his journey to becoming an author began in 2008.

Emboldened by a discovered talent and determined to hone his craft, Elias devoured many books and whatever advice was offered. But it was the author Jenna Moreci and her YouTube channel that helped take his writing to the next level.

For over a decade now, Elias has been writing dark fantasy stories in the fantastical world of Albrene. But in 2019, Elias wrote Rise of The Witnesses, a Dungeons and Dragons campaign, for his college friends to play together. This campaign, set in Albrene, soon took on a life of its own, expanding far beyond what was initially written. Now, five drafts later, Rise of The Witnesses, the first book in the Blight of Divinity series, is almost complete. And thanks to the campaign and the invaluable input of his players, there is a wealth of material waiting to be written in the many planned sequels and stories to come.

Rise of The Witnesses

The Dungeons and Dragons Campaign

"Dungeons and Dragons, the game that started it all, has been a passion of mine for many years. As the head of the college D&D club and a skilled dungeon master, I have always relished the opportunity to create my own unique stories and worlds within the game. However, in early 2019, I found myself between campaigns and decided to channel my creativity into completing my first book. But my players had other ideas. They urged me to write a campaign in my world, using their characters and backgrounds as inspiration. And thus, the Rise of The Witnesses was born. It was to be a prequal to my then nearly complete book.

Through more than a year of marathon gaming sessions, my players and I crafted an epic tale filled with adventure, mystery, and thrilling battles. It was an unforgettable experience and one that will always hold a special place in my heart. My skill at crafting stories has dramatically improved over the course of the campaign and I now have the fuel to keep this series going for many books to come.

Although I still play D&D from time to time, life has a way of getting in the way. As we build our careers and families, it becomes increasingly difficult to find the time to gather and play. But the memories of those epic campaigns and the friendships forged through them will always be with me."